Because while “indivisible” is certainly hopeful, “founded by farmers” is closer to the truth.

Enjoying, on this Fourth of July, a piece by Tom Wolf published last year in Modern Farmer. And thinking about a visit to Monticello. 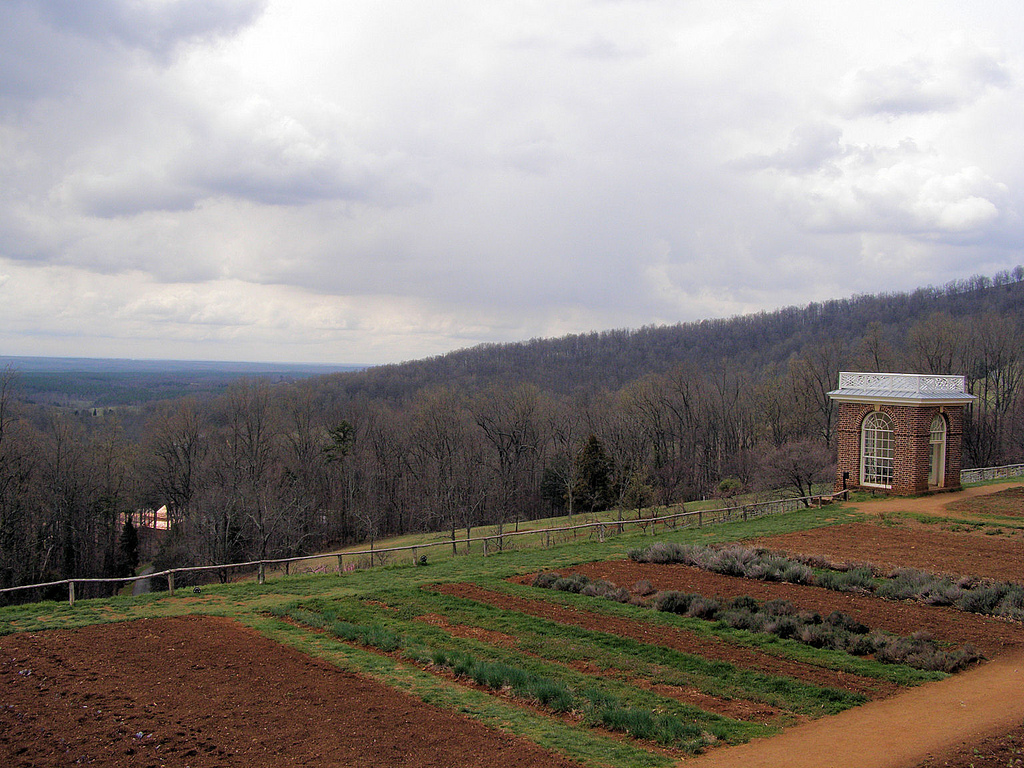 “I see the dying trees, the burned-out shrubs. I talk to all the other Freds — there are a lot of them,” he said. “My fear — and it’s a real fear — is that if it doesn’t rain next year, this valley will face a reality that will rival the Great Depression.”

But at times like this in California, when the drought is threatening the life of many farms, this ancient technique might be worth considering:

By tapping the moisture stored in soil to grow crops, rather than using irrigation or rainfall during the wet season, dry-land farming was a staple of agriculture for millennia in places like the Mediterranean, and much of the American West, before the rise of dams and aquifer pumping.

During the rainy season, farmers break up soil then saturated with water. Using a roller, the first few inches of the soil are compacted and later form a dry crust, or dust mulch, that seals in the moisture against evaporation.

Then again, there’s also the concept of farming on water…